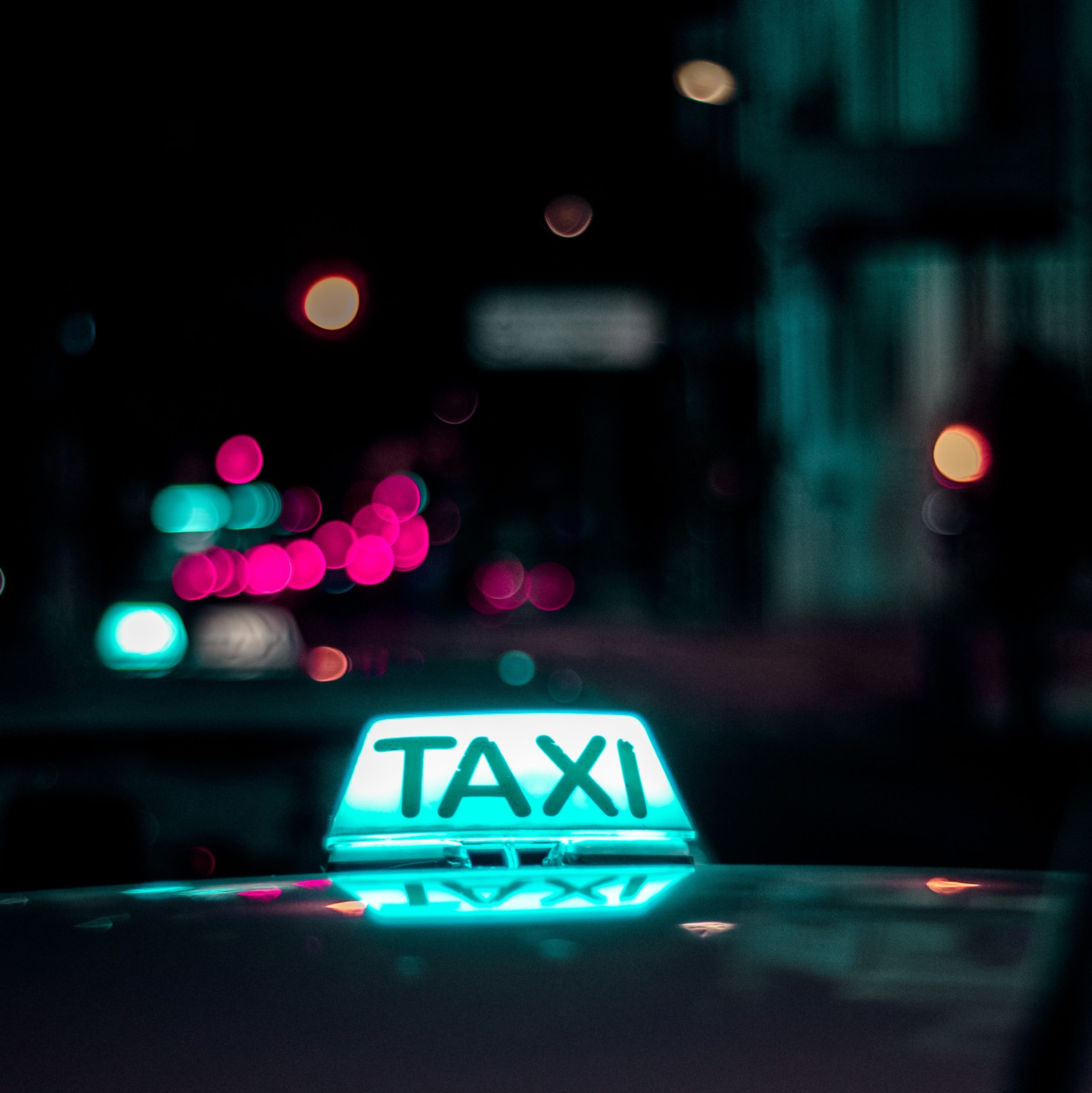 This is probably the question we get asked the most, especially as we live in the North West UK so flying always seems to be the most cost effective way of travel.  As one of the busiest airports in the world, Charles de Gaulle has a well established transport network, but the options aren’t all directed at getting people to Disneyland Paris.

A fairly obvious choice is to get a taxi or an Uber to Disneyland Paris.  Given that Charles de Gaulle airport is about 50km (30 miles) North of Disneyland Paris and that traffic can build up quite rapidly on the roads around the airport, this could end up being a pricey option. On average, you’re looking at 75 Euros (£67, $80) during the day and at night around 90 Euros (£80, $99) for a one-way trip.

The benefit of a taxi transfer is that it’s door-to-door and if the traffic is moving then it’s relatively quick. For a group of 4 or more this is definitely the cheapest way to travel.

If you’re thinking of getting a taxi, make sure you check the traffic on the roads before setting off.  We use Google Maps to check if the traffic is flowing or if we should travel to the park a different way.

By far the quickest way to travel to Disneyland Paris is the high-speed TGV railway. Travelling directly from Terminal 2 at Charles de Gaulle airport, the TGV takes around 10 minutes and drops you off at Marne la Vallée Chessy the main station for Disneyland Paris.  From outside the train station you’ll be able to pick up the on-site and off-site hotel shuttle buses (provided your hotel offers one).  Trains run about every hour and tickets can be bought on the day.  You can pre-book your tickets and in theory save money, but you can never be sure your flight will be on time, how long passport control will take or how long any baggage reclaim will be, so we always prefer to buy when we get there rather than risk missing our pre-booked train.

The price for travelling on the TGV varies massively and seems to depend on how many tickets have already been sold for that particular train. We have had tickets show for 20 Euros (£18, $22) per person up to 49 Euros (£44, $53) per person for the exact same journey on the same day, and we haven’t worked out why there was such a huge difference. If you get a fare for anything over 20 Euros, we’d recommend trying the machines again in 10 minutes or look at the next-but-one train.

If you’re travelling with chidlren, under 4’s travel for free provided they are not sat in a seat (if they’re on your lap they are free). With how quickly the train ride is, we very rarely bother going to find a seat as you’re getting off before you have time to get comfortable.

If your time in the park is limited, TGV is definitely the way to travel.

The Magic Shuttle bus that goes from Charles de Gaulle is our most used method of transport to the parks. Costing around 20 Euros (£18, $22) per person each way (children under 2 travel for free), the shuttle bus takes you from the airport and drops you off at your hotel, including non-Disney hotels. We regularly use the shuttle to get dropped off in Val d’Europe and then make our own way to either our Airbnb or hotel. If you’re staying at a Partner Hotel, the shuttle bus drops you right at the door.

The main bonus of the shuttle service is the fee is fixed, so if there is traffic then you don’t suddenly have to pay more. The drivers will also go different ways to try and avoid the traffic, which someone who is earning money whilst sat in traffic is less likely to want to do.

One of the main reasons we love the Magic Shuttle though is the spin and win game. If you scan the barcode on your ticket at the office, you may win a prize. We’ve previously won Disney lanyards which cost about the same as a one way trip. The shuttle buses also play trailers of upcoming Disney films, along with adverts and messages of what is on in the parks, adding a bit of Disney magic into the journey and keeping children entertained.

A big downside to the Magic Shuttle though is the first bus leaves at about 9am and the last bus is at 8pm so if your flight is due to land outside of these times (or if your flight is delayed) then you may have to make alternative arrangements.

RER trains are the normal speed trains operating in Paris (also known as the metro). Both Disneyland Paris and Charles de Gaulle airport are on RER lines, but unfortunately they aren’t on the same line.

From Charles de Gaulle you will need to travel into the centre of Paris, and change at Châtelet–Les Halles before getting an RER out to Marne la Vallée Chessy. The entire journey takes around 1 hour 40 minutes and costs about 16 Euros. As with the TGV children under 4 travel for free.

Whilst not the quickest, this is definitely the cheapest method of travel. Though you need to take care when travelling on the RER as there is a huge problem with pickpockets and Châtelet–Les Halles where you change trains is one of the largest underground stations in the world.

Being an international airport, there’s an abundance of car hire companies that you could pick from in order to travel to Disneyland Paris and as with all car hire the cost will depend on how long you have the car for.

Whilst parking at Disneyland Paris is free in on-site hotels, spaces are limited. At busy times we’ve seen the car parks completely full, but having never driven ourselves we don’t know what the protocols are for if the hotel parking is full.

The main problem with car hire though is if you’re staying on-site then you don’t need a car (Davy Crockett Ranch being the exception), and if you’re off-site then you will have to pay for parking everyday and the general parking queues in high season can be 2 hours long.

Unlike Walt Disney World, Disneyland Paris doesn’t have lots to see around the park so you’d be better getting to the park via another method and then hiring a car afterwards if you were planning to explore more of France.

Ultimately, the best way to get to Disneyland Paris from Charles de Gaulle airport depends on when your flight arrives, how many people are travelling and how quickly you want to get there. We personally opt for the Magic Shuttle or TGV, but if there’s 4 or more travelling you’re probably as well getting a taxi / Uber / private transfer.

We earn a commission for products purchased through some links in this post.