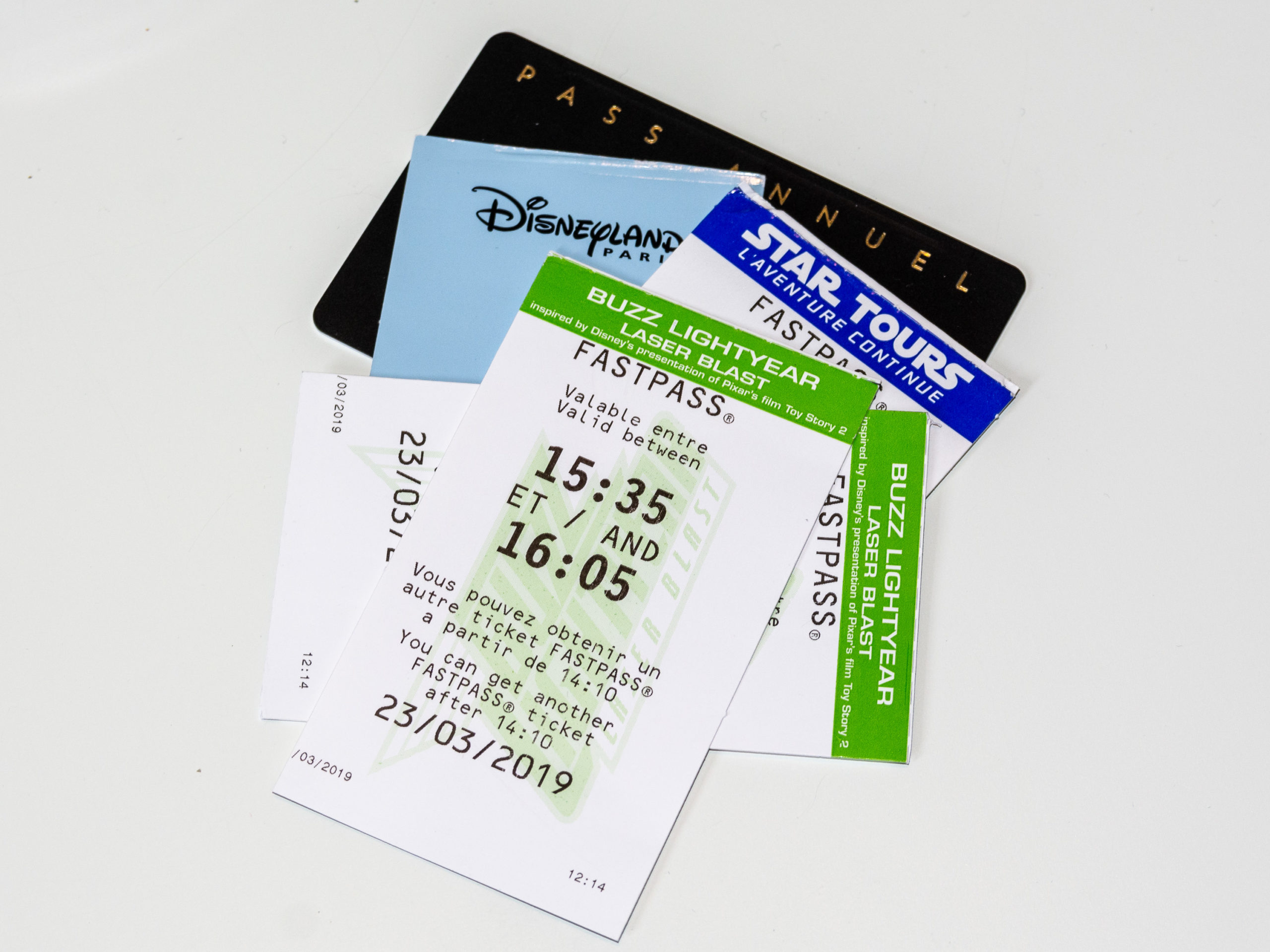 The FASTPASS range of tickets is Disney’s way of making accessing the popular rides a little bit easier, the idea is that you can get a ticket for a ride to return at a set time and avoid either most or all of the queues. Of course, there is restrictions on which rides and when you can get a FASTPASS, but first we’ll go through the types available.

Super FASTPASS gives a one time access for three rides in one of two categories; Family or Big Thrill. No need to grab a FASTPASS ticket from the machine all you need to do is turn up with your Super FASTPASS and access the queue.

Much like the Super FASTPASS but this covers all FASTPASS rides.

This level give you unlimited FASTPASS access to all the FASTPASS rides in both parks, want to ride Buzz again? Just walk back on. While a pricey option it gives you the freedom to repeatedly ride any attractions you like over and over again, without restriction.

For people staying at Club level in the four keys hotels you get, essentially, a One Time Ultimate FASTPASS included in the cost of the booking.

For people staying in suites and Castle Club they get a Unlimited Ultimate FASTPASS to use.

Getting a FASTPASS Ticket

To get a FASTPASS ticket all you need to do is scan your Park Ticket on one of the  FASTPASS terminals near the entrance to the ride and you’ll provided with a one use FASTPASS ticket. The ticket has all the information you need; return time, when you can get your next FASTPASS ticket and the date it valid on. The return times in Disneyland Paris are not extremely strict, if you turn up a few minutes early or late and the queues are short then the cast member will usually let you on.

Its simple to use your FASTPASS, at the time shown on the ticket head over to the FASTPASS queue entrance and hand over the ticket to the cast members and they’ll let you through. Depending on the ride you may skip all or most of the queue, with Buzz that means skipping right into the themeing part of the queue or with Star Tours right up and ready to board.

Its always worth checking out the queues before you enter the FASTPASS line, as the timeframe for a ticket can be quite long (30 minutes in most cases), so if you’re able to walk through the normal queue quickly then you might be able to use that pass later on or a rapid turnaround from the exit to the FASTPASS queue.

Another hint is that sometimes the queues and pass times perfectly align, in a busy period Star Tours can take 30 minutes even in the FASTPASS queue to get through, so before you enter grab another FASTPASS and by the time you exit the ride you can be straight back on, after picking up another pass that is.

If you hang around FASTPASS terminals  you may find people willing to trade passes, if people can’t make the time on the pass they might approach people to trade times.

We’ve only scratched the surface here, do you have any essential tips for using FASTPASS tickets? Post them below!