Captain Jack’s restaurant could be a set from the Pirates of the Caribbean film franchise.

Lanterns, palm trees and an abundance of pirate flags give the impression that you’re actually moored up and have come ashore to Tortuga (albeit a far more civilized version than the one shown in the Pirates of the Caribbean film).

A couple of downsides with the theming is that the restaurant is quite dark. The actual Pirates of the Caribbean ride is a dark ride, so the restaurant is lit to tie in with the ride. As such, you can expect to see a lot of people using the light on their mobile phones to try and see the menu!

The other downside with the restaurant is there are no windows. Combined with the water from the ride, this can make the restaurant incredibly stuffy and humid. This is great in Winter, but in the Summer dining here can be unpleasant, particularly if you struggle with the heat.

There are 5 set menus to pick from at Captain Jack’s; the Buccaneer’s menu, the Seven Seas menu, the Captain’s menu, and then the children’s menus which are called the Moussaillon menu and the Treasure Chest menu. You can also select from the a la carte menu offerings at Captain Jack’s.

The Buccaneer, Seven Seas and Captain’s menu allow you to pick a starter, main course and a dessert but do not include any drinks, whereas both children’s menus do include a drink.

The food at Captain Jack’s is possibly the most divisive of all the restaurants at Disneyland Paris.

Starting with the children’s menu, there is very little choice of dining options, and many parents will struggle to find something their children will eat. Additionally, a fairly consistent complaint amongst those with children is that the quality of the food isn’t great.

On the adult menus, the food is inconsistent. We’ve eaten some extremely nice meals here and some that made us think we were in a completely different restaurant.

One important point is that rather than being Creole as Disneyland Paris state, the food would better be described as Creole inspired. There is still a distinctively French twist on the cooking meaning the spice levels and flavour range isn’t always perfect. Instead, there are occasions where the food is lacklustre and lacking that Creole essence.

The two stand out dishes for us on the menus are the slow roasted suckling pig and the beef with tamarind sauce. Both of those have always been exceptional when we have visited.

If you prefer a dessert to be quite light, avoid the Tonka bean flavoured chocolate tart as this is exceedingly chocolatey and heavy. Even a chocoholic like myself couldn’t finish this!

Captain Jack’s is comparable in price to Bistrot Chez Rémy, and like Chez Rémy is one of the pricier places to eat at Disneyland Paris. The cheapest adult set-menu option, will cost €36.99 at the time of writing, whilst the children’s menus are €19.99.

The restaurant is one that you can eat at as part of the Disneyland Paris dining plan (both the Plus and Premium versions of the dining plan are accepted).

Taken as a whole, Captain Jack’s doesn’t feel worth the price. A few years ago, Captain Jack himself would make an appearance which helped make the price feel justifiable, but that meet and greet has gone. Unfortunately, the price wasn’t lowered to reflect the reduced experience. Coupled with the food offerings, you can definitely get more for your money at other Disneyland Paris restaurants.

You can find the current menu and pricing on the Disneyland Paris website.

You can book this restaurant up to 6 months in advance, and booking is recommended as the restaurant does get fully booked (though usually only once other dining options have no reservations available).

You can book by calling the dining reservation line on +33160304050 international call rates will apply if you’re calling from outside of France.

This restaurant can also be booked online, but only if you change your location on the website. A guide on how to do this is available on our website.

The concierge desk in any of the Disneyland Paris hotels will also be able to make a reservation for you.

Previous post What does “Right of First Refusal” mean? 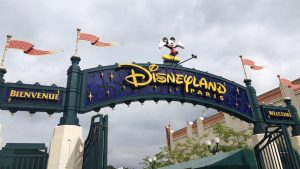